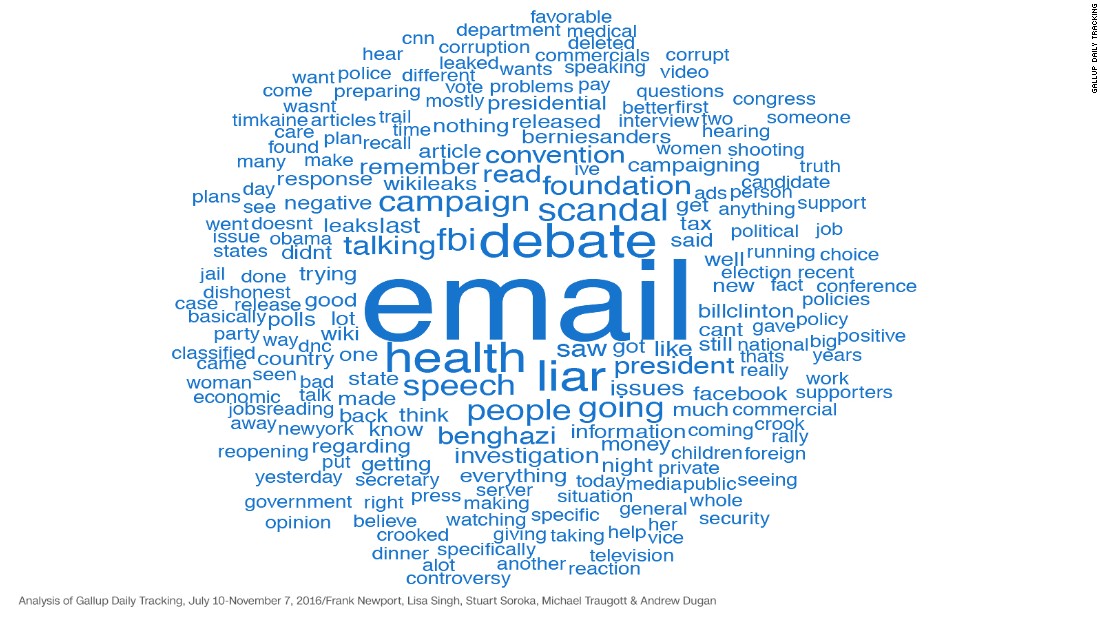 Hillary Clinton’s ongoing struggle to deal with the revelation that she used a private email server during her time as secretary of state dominated the conversation about her presidential candidacy, and research suggests it might have doomed her campaign, according to a new study by a consortium of pollsters released over the weekend.