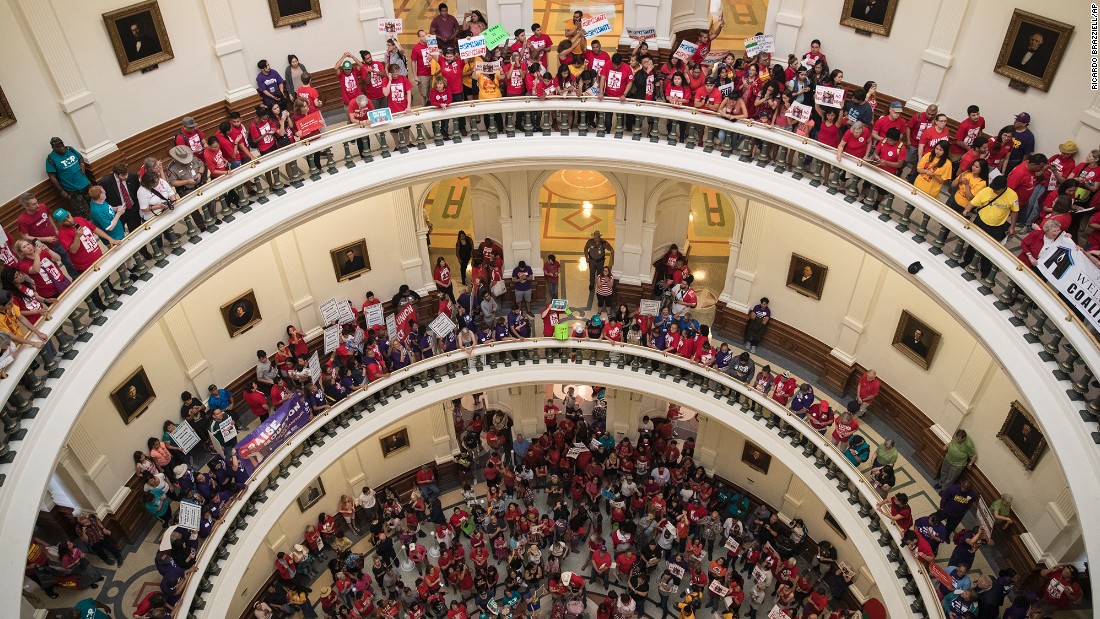 On Monday, at the end of the Texas legislative session, things took a very nasty turn. Protesters unhappy with a bill passed through the legislature that would ban so-called “sanctuary cities” entered the House gallery, forcing lawmakers to halt their work. Amid that standoff, there was an altercation — the details of which are unclear — between Republican and Democratic legislators. Texas Tribune editor Emily Ramshaw watched it unfold. Our conversation about the fight — as well as what else went on and whether there’s going to be a special session — conducted via email and lightly edited for flow is below.