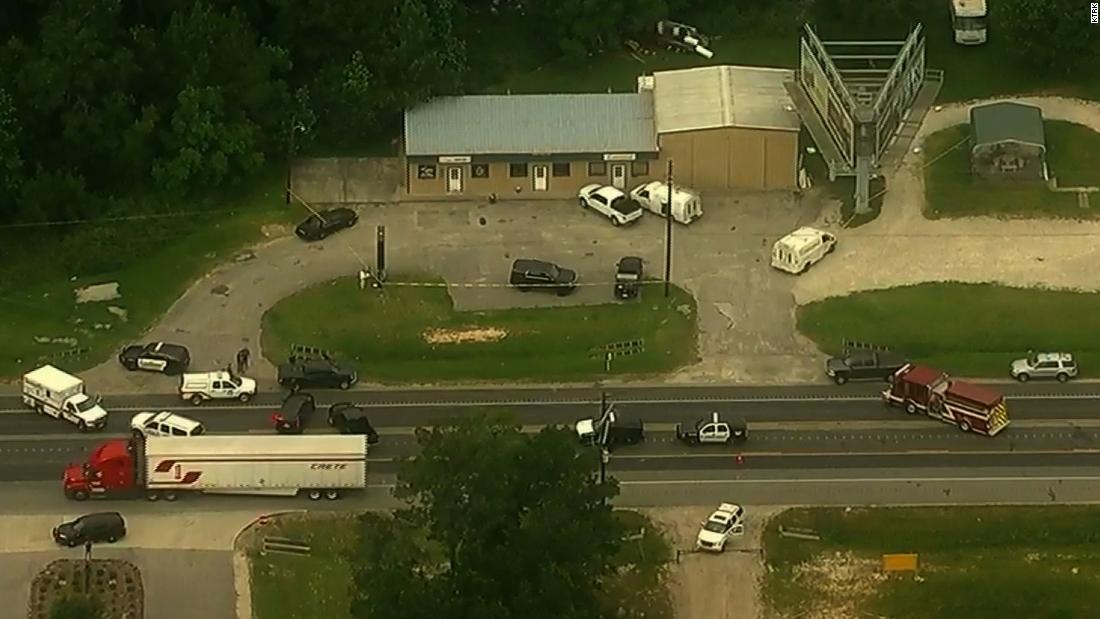 A Liberty County sheriff’s deputy and three other people were shot Wednesday at two locations in Cleveland, Texas, the county sheriff’s office said. The incident started with a shooting at a plumbing company along Highway 321 in Cleveland, where deputies found a dead woman, said Capt. Ken DeFoor, a sheriff’s spokesman. Two others were shot and their conditions are unknown. A deputy followed the suspect and, as he pulled into a veterinary clinic parking lot down the road, gunshots were exchanged, DeFoor said. The deputy was shot in the neck and was life-flighted to a hospital in Houston in stable condition.