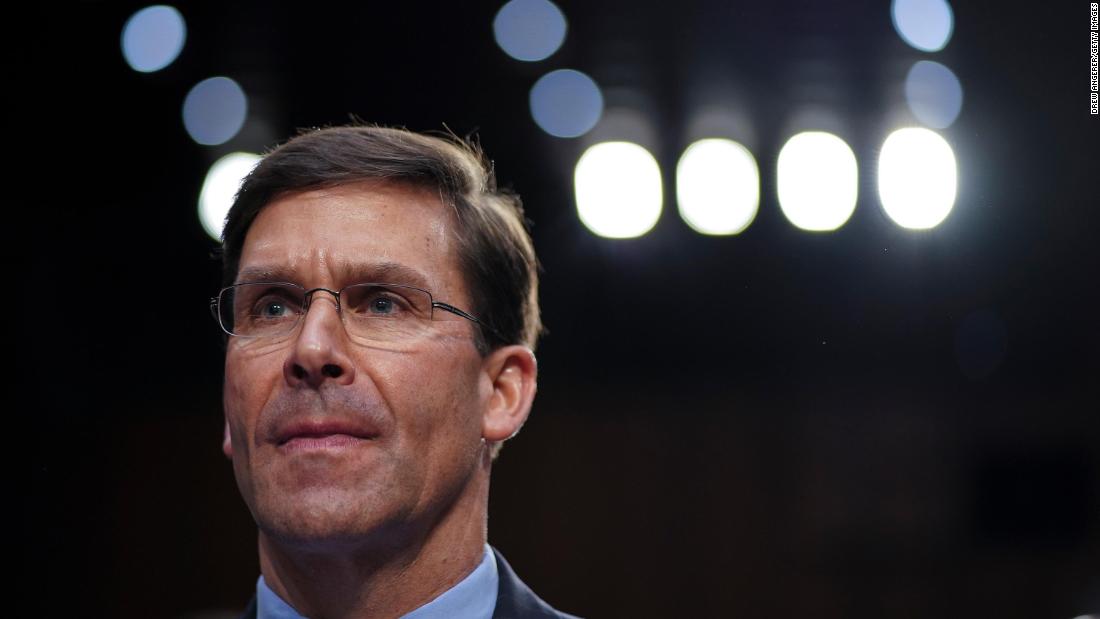 Two Democratic members of Congress slammed Secretary of Defense Mark Esper’s curt answers on the military’s potential role in the upcoming presidential election and transfer of power after he declined to explicitly rule out the armed forces becoming involved, saying only that “the US military has acted, and will continue to act, in accordance with the Constitution and the law.”