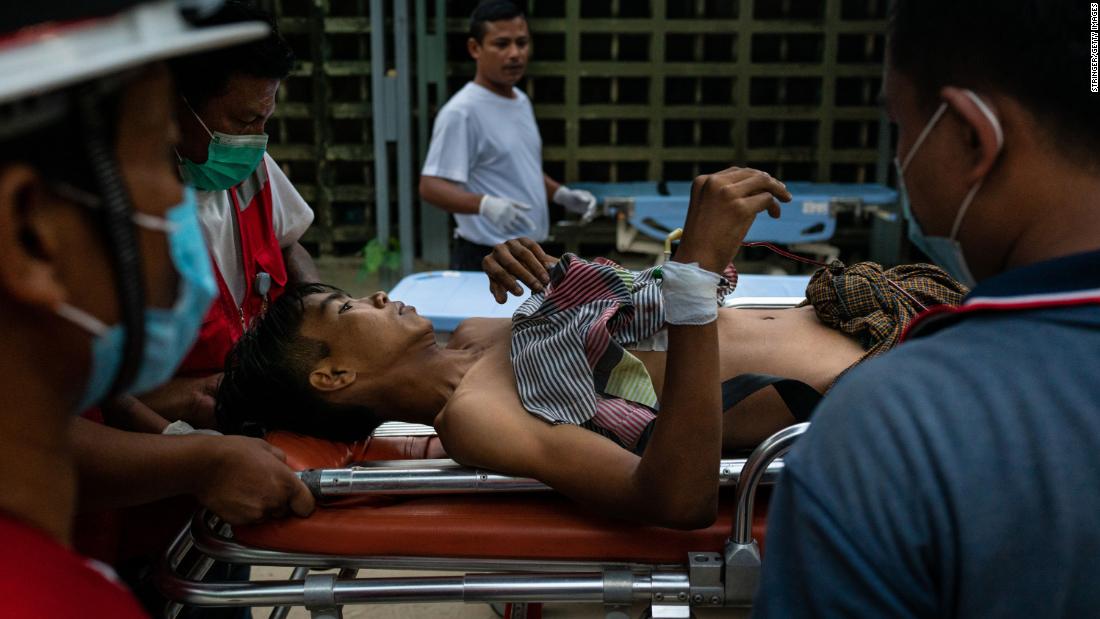 Myanmar’s military junta chief Min Aung Hlaing threw a lavish dinner party Saturday while his troops reportedly shot dead more than 100 people in the streets and forced thousands of people to flee into neighboring Thailand, during a weekend of indiscriminate terror and bloodshed that was widely condemned internationally.