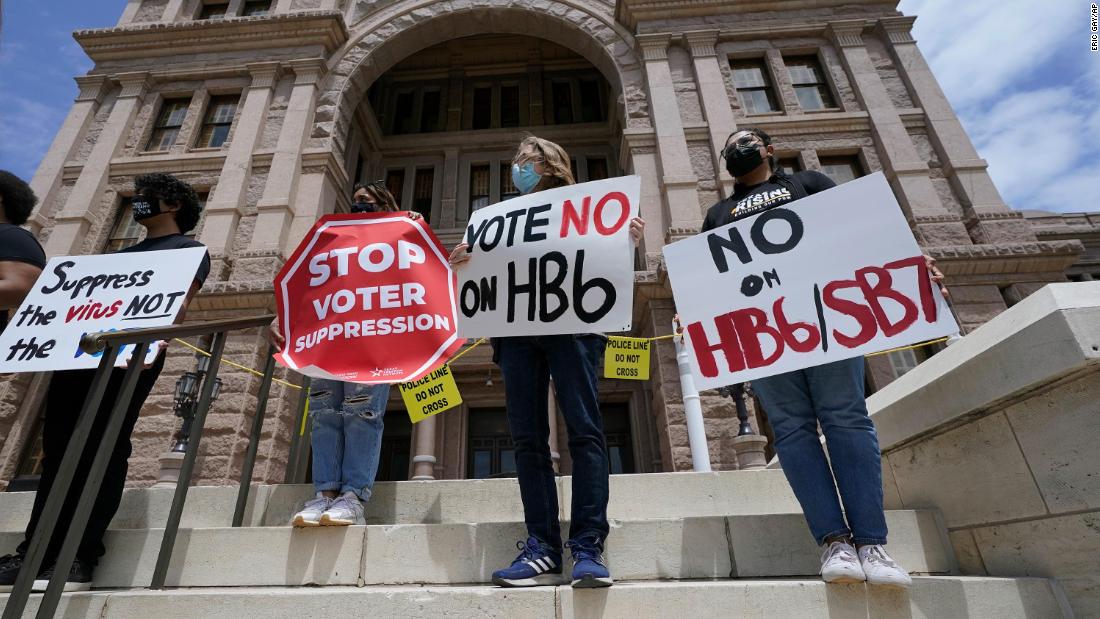 President Joe Biden is stepping up the fight to protect the voting rights of all Americans. During the commemoration of the Tulsa Race Massacre 100th anniversary on Tuesday, Biden called on Congress to move on the For the People Act — a bill that would make major changes to laws on campaigns, voting and government ethics, and that has been stalled in the Senate. The President implored the GOP and two Senate members of his own party — presumably, he was referring to West Virginia Sen. Joe Manchin and Arizona Sen. Kyrsten Sinema, who haven’t always aligned with Democrats — to defend what the late congressman and civil rights activist John Lewis called the “precious” right to cast a ballot. “I’m going to fight like heck with every tool at my disposal for its passage,” he vowed. Biden also announced that Vice President Kamala Harris will be leading this effort.