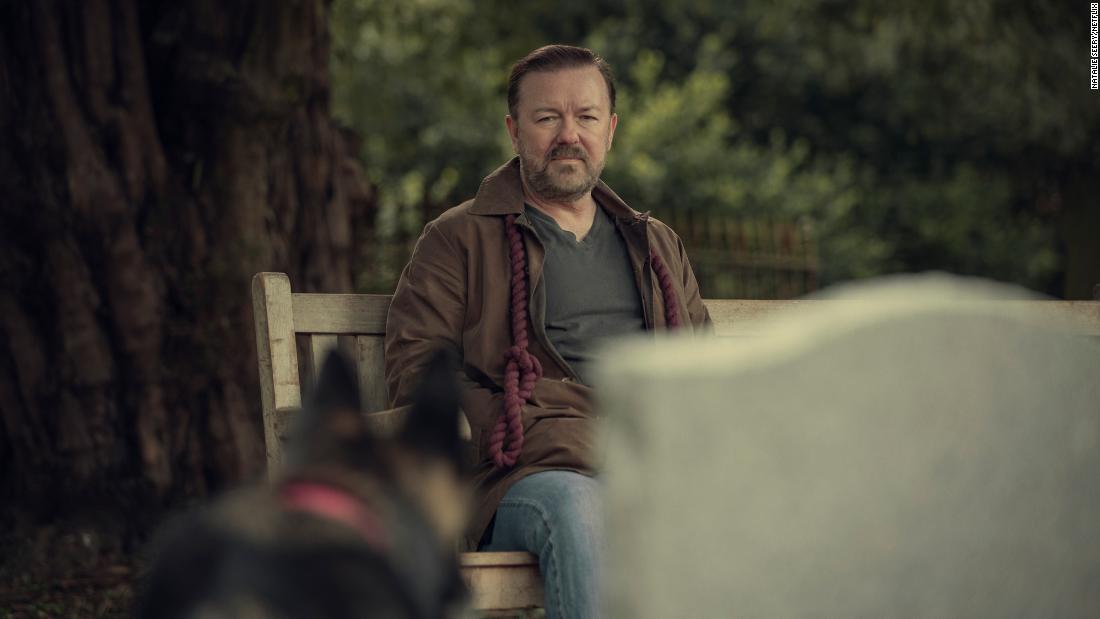 The third and final season of “After Life” doesn’t deviate much from the first two, continuing writer-director-producer-star Ricky Gervais’ dour rumination on crippling grief and the ability (or not) to carry on. That the series doesn’t necessarily follow the template of the comic’s earlier shows speaks to a certain maturation, but its themes have become repetitive to the point where “Life” has clearly run its course.