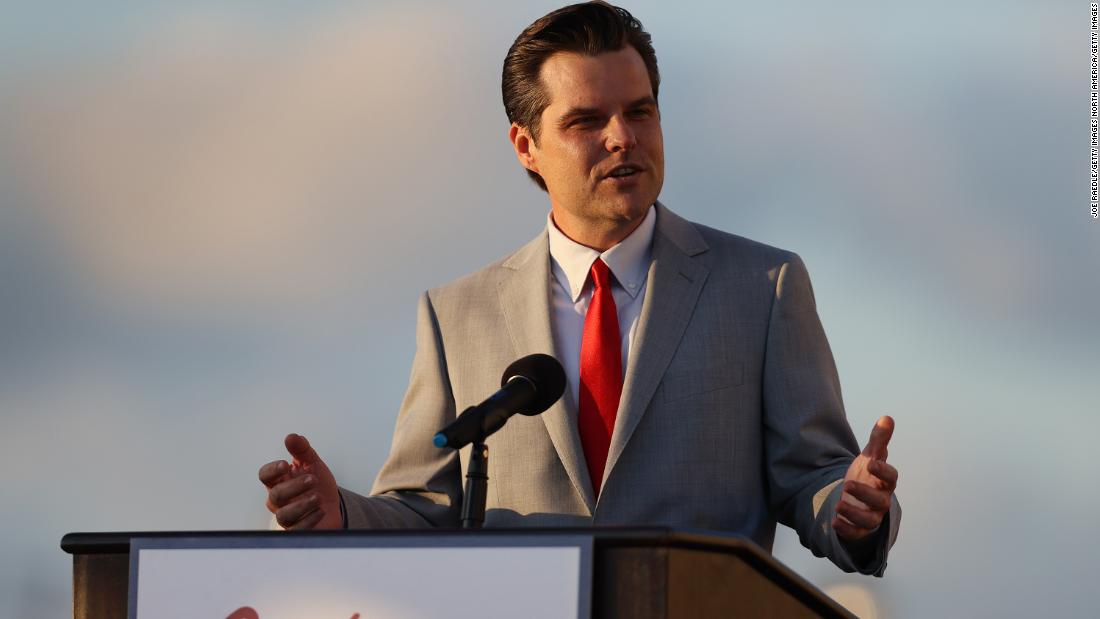 An ex-girlfriend of Rep. Matt Gaetz, who is seen as a key witness in the ongoing investigation into alleged sex trafficking by the Florida Republican, entered an Orlando federal courthouse with her lawyer on Wednesday where a grand jury has been meeting, according to a CNN reporter on the scene.